School Plans and the Soft Bigotry of Low Expectations 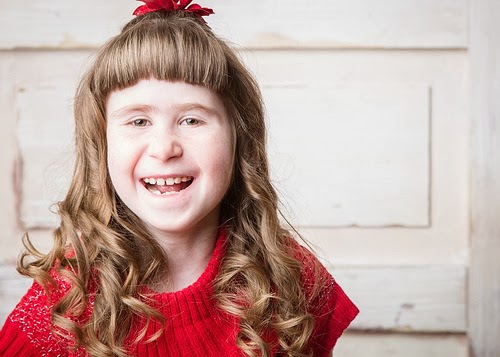 I read a blog post recently that got me thinking about Whitney's upcoming school choices.  The post was about a special needs mom that never gave up on her son despite his paralysis and how he became a successful writer in the end.  You can give it a read here, if you'd like.  I was really inspired. In the post I read a phrase that got me thinking: "the soft bigotry of low expectations."

Is lowering expectations a form of bigotry? How often do I tell myself, "Well, Whitney will never be capable of that.  So I'll just lower what I expect of her." I hope I don't think that way very much. Maybe we do sometimes. Melanie and I know that kind of thing used to happen at Whitney's school.  Some of her previous teachers were very kind and loving but wouldn't even expect her to sit at her desk during class or participate in classroom activities.  She has disabilities.  No big deal. Let her do what she wants.  Right?  Whitney got away with a lot because she has some special needs and she's cute and smiley.

Thankfully, we've been blessed the last three years where Whitney has been in a classroom environment where she was expected to sit and listen and do her work to the best of her abilities.  We've been so thrilled with the difference it's made.  Melanie and I are constantly thanking the educators involved because it's hard work to have high expectations for children in a special ed cluster class.

But Whitney's graduating from her little class where she's done so well in recent years.  And Melanie and I worried about the soft bigotry of low expectations becoming a problem once again.  We're actually considering sending Whitney to another school where we know the expectations will be kept high.  We feel bad about taking her away from the classmates that she's learned to love at her current school.  But based on what we've been told, the classroom situation in the next age group at the same school just isn't as rigorous as we'd like.  We're not demanding tiger parents.  That's not our style at all, but we do want her to continue her current pace of growth.  So we're gearing up to go to bat with the district over a change in schools.  Melanie and I are hoping they'll understand our reasoning and be supportive.  We've got the backing of Whit's current, wonderful teacher.  So that should help a lot.

We're doing our best to keep expectations high when it comes to Whitney and we're looking for more great educators who will do the same. And we're grateful to everyone who has helped keep our hopes high at school over the years.
Posted by Nate at 11:00 AM