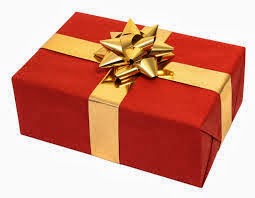 Christmas celebrations have come and gone.  We had a great time together as a family.  Whitney's tenth birthday is now fast approaching.  It's such a big milestone and I'm feeling a bit of panic over what gift to get her.  I've been trying to be in less of a rush and notice the things that Whitney enjoys in life.  The things that make her smile are so simple.  She loves tickle fights.  She loves music.  Especially when I sing to her.  (Which is hilarious if you've ever heard me sing.  Did I mention she has moderate hearing loss?)  She loves to listen to music on the big, old iPad the kids share.  And she also loves to watch shows that have her favorite songs in them.  She'll skip straight to the place with the song she likes and then play it over and over.  She's always asking for that iPad to pass the time.  It's been that way ever since her old, hand-me-down iPhone died a few months back.

Whitney doesn't really care for typical age appropriate play.  She really doesn't care about her clothes or hair.  Although she does like books.  So maybe there's an idea there.

If I could ask her, she'd probably say she'd like to have a Mini iPad all her own.  That would give her the music and shows she likes and she could even load some books and her speech software.  And she wouldn't have to share it with anyone else, which might prevent some fighting.  But that's a pretty big gift for a ten year old.  And I don't know that I want to encourage something that would allow her to withdraw more often from family interactions.  I guess I'm just stumped because I can't think of anything else.

I'll have to think about this decision a bit more.  But time is running out.  Someone please tell me that gift giving for her will get easier someday!
Posted by Nate at 12:41 PM