Fighting Awkwardness One Nose Tweak at a Time 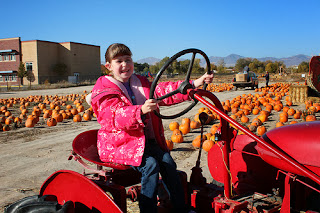 One of our good friends who has a little boy with 1p36 Deletion Syndrome recently wrote a great post about the sometimes awkward reactions people have to children with special needs.  Please go give it a read if you'd like to get a great account of how frustrating it can be one someone ignores or avoids one of these special children.

That post was some great food for thought for me recently.  Whitney is a very social child.  She loves interacting with people and I wondered if she's ever noticed that people avoid or ignore her.  After thinking about this for a while I realized that Whitney simply will not let people ignore her.

You see, when Whitney was really little her grandparents would come over to visit and they decided that encouraging Whit to reach out and honk their noses would be a fun game.  And it was.  Whitney loved it.  Which was all fine and good when Whitney was a couple of years old.  But Whitney will be ten in January and she has adopted the nose honk/tweak as her official greeting!  And she's an equal opportunity tweaker.  She'll grab the noses of church leaders on Sunday, the principal at her school and various of the doctors and nurses she sees.

We're still trying to teach Whitney about personal space and that there's a time and a place for tweaking someone's nose.  But be warned, if you are trying to ignore my little girl or avoid her.  Because she'll probably march right up to you, grab your nose and begin to laugh her head off.  There's just no avoiding a hilarious little girl like Whit.  My advice, don't even try.
Posted by Nate at 12:34 PM

Thanks for sharing! I love Whitney's strong personality and character:) I hope her happiness rubs off on people. What a sweet girl!

Thanks! She's pretty determined. Good thing she's cute, because if she see's you're not paying her enough attention she'll just grab your face. ;-) The cuteness just makes it less painful.