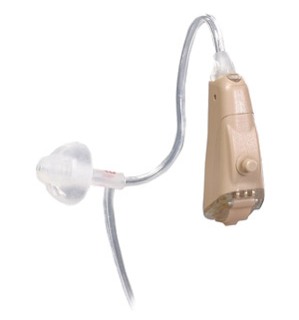 Whitney has had good success over the years wearing her hearing aids.  She pays better attention in class and participates more because she can hear more.  But just keeping hearing aids working can be costly.  Whitney has custom molds taken of her ears in order for the aids to funnel the sound directly into her ears without interference.  And as you can imagine, those molds get out of date as Whit grows.  That makes them whistle and squeak.  And when they get really loose, they get uncomfortable and just don't stay in.  That's when it's time to go see the audiologist for a new set of molds.

Currently, with Whitney's growth rates, she needs new molds every few months.  It costs us about $150, after insurance, to get a new set of molds made.  And the worst part is that the process of taking the impressions makes Whitney incredibly upset.  She hates having things stuck in her ears and it's a battle every time we go.

Then, every once in a while Whitney will get bored while she's on the bus or watching TV and chew up one of the molds so it can't be used anymore.  It can be several weeks in the mail before they arrive.   And once in a while it just takes extra long to get an appointment with the audiologist  So sometimes Whit just has to wait.  She gets by with one or no hearing aids at all.

But not anymore.  Our audiologist took new molds of Whit's ears last week.  But she also had a great idea.  She gave us some new tubes that don't have to be custom fit.  They have a tip at the end that fits into the end of her ear canal like a tiny silicone headphone tip.  They aren't a perfect fit like the custom molds, but they cost next to nothing and in the event of a chewed up, lost or outgrown mold, Whitney can wear one of these new ones to get her by.  It certainly beats not hearing.  They don't fit tight enough to use full time, because Whit still just doesn't leave her aids alone.  But maybe someday they'll be a way to alleviate the whole custom mold situation altogether.  Here's hoping!
Posted by Nate at 12:30 PM