A Cast Is A Lousy Birthday Present 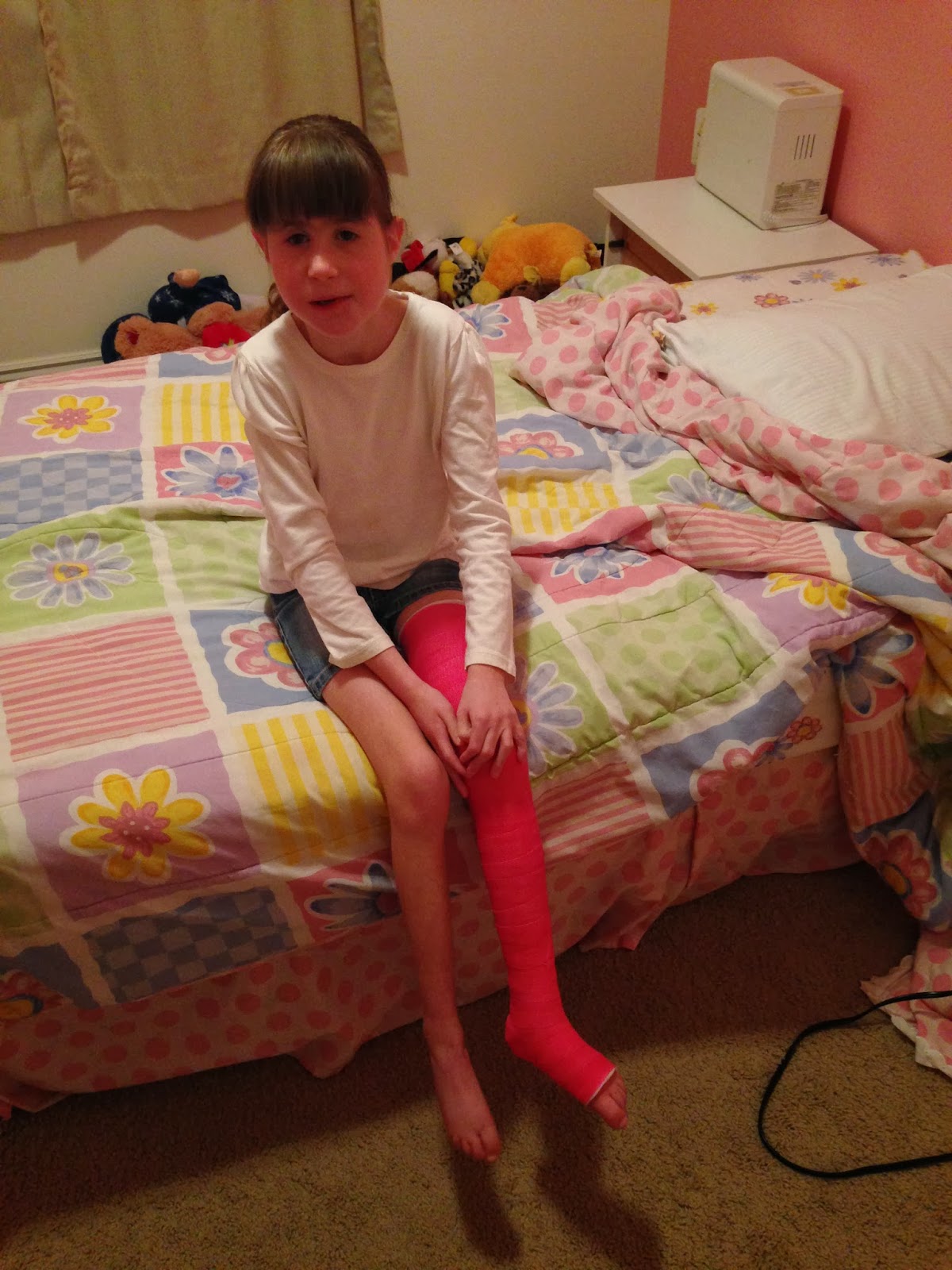 We celebrated Whitney's 10th birthday list past week.  Many family members came by to celebrate and spend time with her.  She got some really fun gifts.  (We decided against the iPad, by the way.  It seemed like a bit much for a 10 year old.)

But Whitney wasn't feeling too well during all this celebrating.  On Saturday, Whitney kept telling us that her knee hurt and refused to put any weight on her left leg.  Melanie took her to the weekend instacare near our house where they took x-rays in case something was broken, but everything looked okay.

We decided to let her rest her leg and see if it got any better.  But by a couple of days later it was obvious Whitney wasn't improving.  She wouldn't stand on it.  She kept telling us it hurt and so it was time to go back to the doctor's.  Thankfully, during the week we're much more able to get into our regular pediatrician's office.  They took some new x-rays and spotted a break.

Sometime, most likely Saturday morning, Whitney stress fractured the top of of her left tibia.  The instacare doctor over the weekend missed it but the pediatrician said this was the kind of break that doesn't happen as much in adults.  He sees a lot of children with this kind of break.  It usually happens in the summer, when kids are jumping on trampolines.

So it was time for Whitney to get a big pink cast.  It goes from her toes all the way up to her hip in order to completely immobilize her knee and allow it to heal.  Whit will have to wear it for four weeks and then they'll take new x-rays to see how things are healing.  Luckily, Whit will be off track from school for most of that time.  She's just been resting around the house and keeping weight off her leg.  Once the cast was on, her pain went away.  So now the major issue is just boredom. 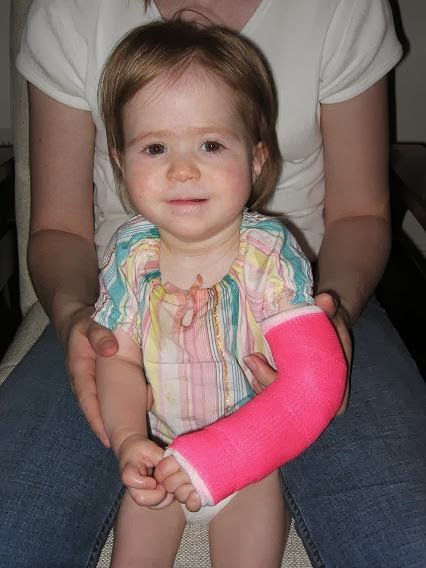 This is actually Whitney's second pink cast.  Once when she was about 18 months old she fell from a standing position and caught herself with her arm which broke both of the bones in her lower arm.

I'm wondering if her bone density is an issue.  So we'll have to do a good job of protecting her from falls and bumps.  The only thing we can think of that may have caused her leg injury is jumping.  She does that sometimes when she's excited and she was excited to play with Melanie's iPad Saturday morning.

Thanks to everyone who's sent her well wishes.  Whitney is healing well, but next year we'll have to remember that a cast really is a lousy birthday present.  Maybe next time she'll finally get that iPad she really wanted.
Posted by Nate at 12:27 PM

Happy Birthday Whitney!!!! We agree- a cast is a crummy gift! I am so glad Whit was able to tell you what was wrong. I am sure once the pain subsides you will have to tie her down to get her to stop walking on that cast.

Wow- 10 years old. It has been amazing to witness Whitney's life and your life as a family. Thanks for sharing with us.

Thanks, Genevieve! Isn't it amazing how the years fly by? We're lucky to have you guys as part of our 1p36 extended family. :-)

yeah , a cast is no fun. Zoe got one for Christmas a few years back when her arm got broken on Dec 23rd and she has surgery on Christmas eve! Ho Ho Ho.

Incidentally, her cast was pink too!

Manish Batra said...
This comment has been removed by a blog administrator.
11:54 PM