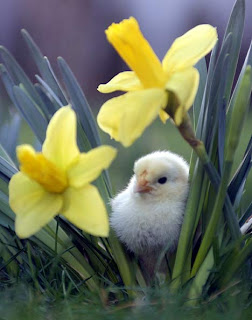 Here in Utah where there are a whole bunch more children than there are seats in classrooms, school districts have taken up year round school. This involves a number of children attending different schedules, or tracks, that rotate using the classrooms. The result of this rotation is vacation time for the kids during unusual times of the school year.
Whitney is currently off track right now and will be for quite a few weeks once a week for spring break is factored in as well. This is tough for Whit because she misses getting out of the house and interacting with her friends at school. And I'd like to think that she misses learning new things as well. (Although she might never admit that.) But I've got a couple of things I'd like to work on during the break so it won't just be idle time.
First off, I really want Whitney to begin getting familiar with the Proloquo2Go software on the iPad. I'm hoping to have some time to practice with her while she's off school. And maybe Melanie and I can even get her enough practice time that she can use it in class when she goes back next month. We'll need to work together to get folders of buttons organized for the things Whit likes to say and then get her to actually use them, but I think we can pull it off. I'll make sure to report back on her progress.
Then next thing I'm hoping to prove is that Whitney's health is largely tied to the bugs she encounters at school. Whitney has continued to have a perpetual runny nose and cold. And while it could be allergies or sinus problems (we're checking those out too) my thought is that she's unhealthy because she spends so much time on the floor at school and then she constantly places her hands in her mouth. This is putting her in contact with all kinds of germs and I can't really control that at school. But now we can take the school exposure out of the equation for a few weeks and see what happens. If she's healthier then than she is now, we know we've found one of the major factors in her health. So here's hoping it works.
Of course, spring is also coming and being out of school will mean more than projects and experiments. I'm sure we'll also go explore the zoo and do some other fun things as a family. A little break from school will be productive and fun too.
Posted by Nate at 12:04 PM

Glad you have a bunch of stuff to work on!

You know, I find that as much as I always dread vacations from school and therapies, EK always seems to have a big jump in some area after breaks, like the downtime gives her a chance to process what she's taken in over the last bunch of education. Hopefully Whitney will see similar results!

Thanks, bella! That'd be great. Breakthroughs are always welcome. :-)

Hey good luck with the Ipad that is so exciting.