Too Sick for the Hospital 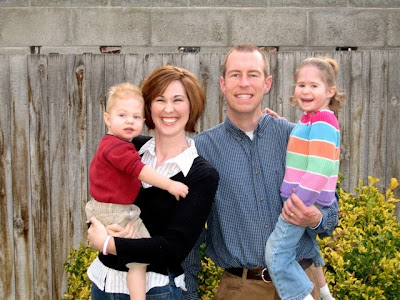 This week I wanted to write about how brave little Whitney went to the hospital for a sedated heart echo and spinal MRI. We check her heart every couple years to make sure it's looking okay. And we wanted a better look at her spine to ensure nothing there is preventing her from walking independently. Trouble is, she was far too sick to be able to run the tests. Whitney had a cough, cold, fever and upset stomach for the three or four days leading up to the tests. So the morning of, Melanie called the hospital and explained the situation. They agreed that it wasn't a good idea to put Whitney under the anesthesia when she was feeling so bad.

We really wanted to get the EEG and the MRI done before the end of the calendar year. Because of insurance changes for 2009, the same tests will cost us $1,000 more if we wait. Thankfully, the local children's hospital was accommodating and has rescheduled the tests for later this month. Whit will have the EEG next week and the MRI the week of Christmas. That will mean paying for sedation twice instead of once like we would have had this week, but even then it's better than paying through the nose next year.

Now we just have to get Whit feeling 100% again. She's been to the pediatrician this week and he prescribed some good ol' amoxicillin to help fight off whatever is ailing her. And it seems to be doing some good. Hopefully I'll have some good news to report in the next couple of weeks.
Posted by Nate at 7:37 AM

Good luck to you all! I hope Whitney can get to feeling a lot better soon and that everything goes well.

I sure hope that Whitney does get better. Hopefully she will have the testing before this year. I will keep her in my prayers. My God Liam is so big. So cute...Blessings to your famil

My thoughts and prayers are with Whitney and all of your family. Bless your hearts for being so brave! May our Father in Heaven bless you with the strength and comfort you need and that everything will work out.

Good luck with that and we hope that Whitney get's better quickly so you can get those test done. I know what you mean about waiting its a pain. We sure do miss you guy's.

How frustrating to put the tests off! I bet you guys just want some answers for reassurance. I hope Whit is feeling better soon and can get everything done.