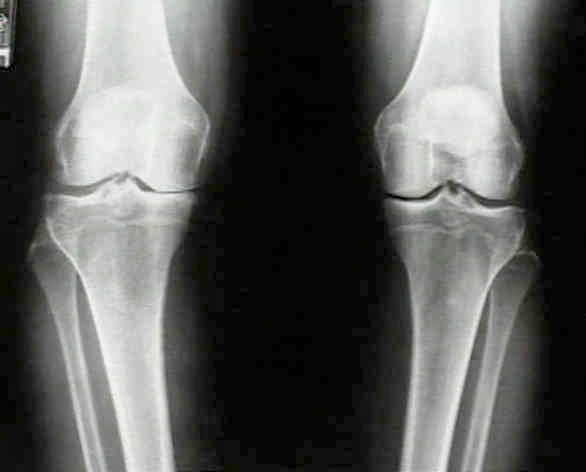 Whitney went over two months without walking starting in January.  We saw a doctor at an instacare who insisted her leg was broken and put her in a cast.  But after the cast came off Whit still couldn't walk.  Her knee was inflamed and swollen and she wouldn't put any weight on it.  Next it was the orthopedic surgeon's turn.  He looked at Whit's X-rays and said there was no sign of a break in the original films and no sign of any healing in the new X-rays he ordered.  He suggested we get an MRI and look at the soft tissues in her knee.  When those came back, the various ligaments and tendons also looked fine.  That was a relief but we still didn't have an explanation for the pain and swelling in Whit's knee.

Next we headed to see a rheumatologist.  After examining Whitney, he diagnosed her with knee effusion.  He ordered some blood tests to determine the cause.  He was leaning toward arthritis but wanted more information.  So after the blood tests came back, we've been able to rule out rheumatoid arthritis.  We're glad Whit's immune system isn't attacking her joints.  But she does seem to have a juvenile form of arthritis affecting her knee.  The rheumatologist has prescribed some heavy duty anti-inflammatory medicine and scheduled some follow-ups with us.

The good news is that Whit has responded pretty well to the medications along with some steaming hot baths with epsom salt.  The swelling has gone down a bunch.  She's been able to walk pretty confidently for the last week although she limps badly and she's pretty tired by the end of the day.  In spite of that Whitney's happy to be able to get around again and she's even gone to school without the wheelchair for several days.

If things continue to be difficult for her, we can consider steroid shots for her knee.  But we'll take things slowly.  We'll see what the anti-inflammatory medicines can do for her first.  We'll also probably try a knee brace to give her knee some extra support.

It's good to be on the road to recovery again.  Thanks to everyone who's been so concerned about Whitney during this whole episode.  We really appreciate it and we're thrilled that Whit is back on her feet.  Hopefully, there will be more progress to come.
Posted by Nate at 12:34 PM

Hi Nathan and Melanie! I have a quick question! Could you please email me when you have a free moment? I greatly appreciate it and hope to hear from you soon! :-) hvsj12 at gmail dot com