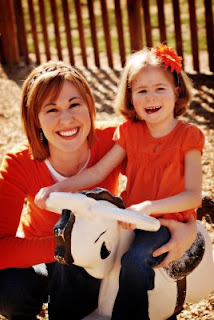 We've got a strange new challenge we're tackling with Whitney lately. She's gotten into the habit of finding pieces of paper from notepads by the phone or in Melanie's purse or wherever and crumpling them up. Then we'll find her somewhere in the house chewing on the paper or tearing it into tiny little pieces. Once she's done she'll go back and start the process all over again with some other paper she finds.

It seemed harmless enough at first that Melanie and I tolerated it. It seemed to occupy her and make her happy. But after a month or so of this our house is covered in little scraps of paper (some chewed on) that we're constantly having to pick up and throw away.

Our biggest concern is that Whit seems obsessed with finding and destroying paper. Who knows how many phone messages have been inadvertently lost. We've moved the notepads and such out of reach, so now Whitney has been sneaking into the children's books and tearing out pages to fold, spindle and mutilate. When she's caught she's scolded, but she's got this appetite for paper.

We've seen this kind of thing before with Whitney where she'll get into some unusual habit that's difficult to break. Some days she'll suck on a strand of her hair or chew the sleeve of her shirt until it's soaked. It seems she's just prone to strange obsessive behavior that Melanie and I will have to learn to manage.

So far we pick our battles. We've started with the most harmful things first and then we'll work our way down. Finding and tearing up paper doesn't hold a candle to self damaging behavior so we're grateful we haven't had more trouble with that. But if you ever stop by the house and there are little scraps of paper all over the floor, you'll know why. :-)
Posted by Nate at 6:19 PM

Uggg! The obsessive behavior drives me CRAZY!! Mollie's seem to last for years. Usually they are just harmless interests in things. Over the last year or so she has developed the NEED to make lists.... the girl can't write!! So she has OCD and needs to make lists to relax... if she can
t get her fix it turns into a full blown, take off all her clothes, bang her head, throw furniture,tantrum. This morning her van was early to pick her up and so I couldn't make her one last list before she went to school. You would have thought I told her the worst news in the world... she flipped out!! She threw a heavy dinning room chair and made a huge dent/hole in the wall. She is just lucky I was not holding a bat!! I was so mad! I was too mad to even show I was mad!! Now that is MAD!! I just said "that is it! No more lists EVER!" So now we are on list detox. it is going to be horrible for the next few weeks!!

Anyway... my point is... don't let these obsessions go on to long. I know they sneak in there and seem harmless... or even a sweet relief from the last obsession but let me be a lesson to you....just say 'No'! don't let the obsession grow!!

You guys do an amazing job at deciding which issues are worth addressing. If I ever come to your house, the little wads of paper will just make me laugh! Zoe is obsessed with strings and hair. She will do anything to seek them out. Now that she is getting around on her own, we will occasionally find that she somehow got hold of some random string lying around we didn't even know was there. All of her teachers at daycare put their hair in ponytails on the two days she is there because they know she can't control herself with hair. We are trying to teach her to be gentle but she just gets so excited.
I will be sure to watch my papers at conference this year! I think that Amaya made off with my program last year!

I just found your site. My 7 year old daughter was just diagnosed Monday with 1p36 deletion syndrome. I would like to put one of those ribbons you have on her blogspot. Im terrible at this blogging. My husband and I want to go to the conference in Indianapolis. Its only 45 minutes from my house. I hope to meet some you there.

Hi I am a mother of a little 7 year old girl who was diagnosed at 6 months with periventricular leukomalasia, low toned cp, bilateral hearing loss, global developmental delays and had a mic-key button put in at 2 years of age. This past Monday, after more genetic testing, our neurologist/geneticist told us she has 1p36 deletion syndrome. Your site was the first that I came across. My husband and I plan on coming to the conference in Indy in July with 4 of our 7 children to find out more about this and hopefully learn from others. We have always treated the symptoms of her diagnosis, thank goodness, since the diagnosis has changed. I do have a question for you...if you dont mind? She, like your daughter, has these obsessive behaviors, which are driving us batty. She knows they are not cool either, because she can be multitasking and i will tell her no and she will stop. e.g. chewing obsessively on her shirts, grinding what used to be teeth (they are nubs now), and the new one...poking her eyes. She has the wherewithall to know that she should not do these or she wouldnt stop when I told her no. I started a blog on this site called sophieajourneyinprogress. I anxiously await the conference and am chewing the internet up for facts worse than Sophie chews on her shirts.

Hi Sophiesmama! I'm really glad you've finally got a diagnosis for your little girl. She's beautiful by the way. There are some great resources on the web to check out. First off, have you joined the Yahoo! health group for 1p36 Deletion Syndrome? There is a link on the right side bar of this site and hundreds of families with children like ours are there to share and answer questions. Also, to get more info on the conference, visit 1p36deletionconference.blogspot.com. Glad you're so close to Indianapolis so you can join the group for the conference this summer. We'll look forward to seeing you there!